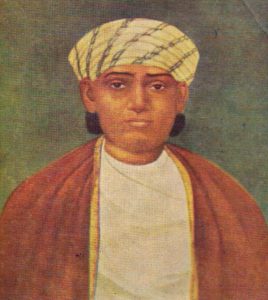 Baboo Mutty Lall Seal (his name is variously spelt as Mutty Loll Seal, Motilal Seal, Matilal Sil) was one of the richest merchants and landowners in Calcutta in the nineteenth-century. He was an influential representative of the subarnabanik clan who was well-known for his entrepreneurship and his munificence in sponsoring public welfare projects. He was described by the Hindu Intelligencer as the “most virtuous baboo” and by the Hindu Patriot as  . Read more about one of the most prominent entrepreneurs and philanthropists of nineteenth-century Bengal in the following sections.